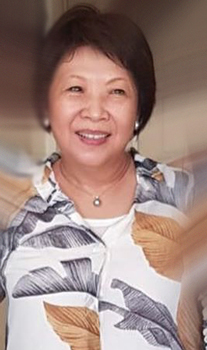 A Malaysian by birth Vera Lim has been walking with the Lord since 1981. She had a life after death experience in London and whilst in a coma she promised God Almighty that if He allowed her to live, she would serve Him and go where He wanted her to go. She moved to Perth, Western Australia with her husband in 1984 where they established their foundation in the Lord Jesus Christ.

Vera and her husband have helped to plant and establish three churches in Perth. They now worship at Victory Life Centre. Vera was birthed into an itinerant evangelistic ministry in 2000 when she prayed for a man in a coma in hospital and a nurse witnessed that as Vera prayed and commanded his eyes to open in the name of Jesus they opened and over a period of time he left hospital healed and having made a commitment to Jesus as his saviour.

She holds regular meetings at the healing house and many works of God are being witnessed.

In a vivid dream in 2002, God showed Vera’s husband how God was going to use Vera in the days ahead, which led to Albert’s support and willingness to release Vera for the work she has been called to do. Since then God has opened doors for Vera to preach in the Eastern States of Australia, America, England, Indonesia, Italy, Japan, Malaysia, Philippines, Singapore, South Africa and Zambia. more recently an invitation to Sicily. Vera holds crusades in a number of cities in Indonesia. Her ministry is evangelistic, and the Lord is using her in areas of healing and deliverance, preaching, teaching and at times the prophetic.

The Gifts of the Holy Spirit are evident in her ministry. She teaches on the Blood of Jesus, Communion, Holy Spirit Baptism, the Power of the Name of Jesus and the Word of God which never returns void to Him. She has received amazing revelation from the Lord as she studies the Word and meditates on the scriptures regarding these topics. Vera travels overseas regularly as she has promised God that she would go anywhere to pray for the salvation of one soul. She has honoured this promise many times and as she has done so God has brought divine connections across her path. In 2007 Vera opened a Healing House in Perth. It is registered as the Jesus Heals Us Ministry (WA) Inc. She holds regular meetings at the house and many works of God are being witnessed there as Vera and a team of workers minister by the power of the Holy Spirit in the precious name of Jesus.

© 2021 PERTH4JESUS. Built with love in Melbourne Australia. All rights reserved.

NEXT Festival of Hope will be in Weeip Park Midland

Come join us for a fun-filled time with free food & drink, live music and many more exciting items!! Don’t miss out on the opportunity of an amazing time with your family.

Let Us Know You Are Going 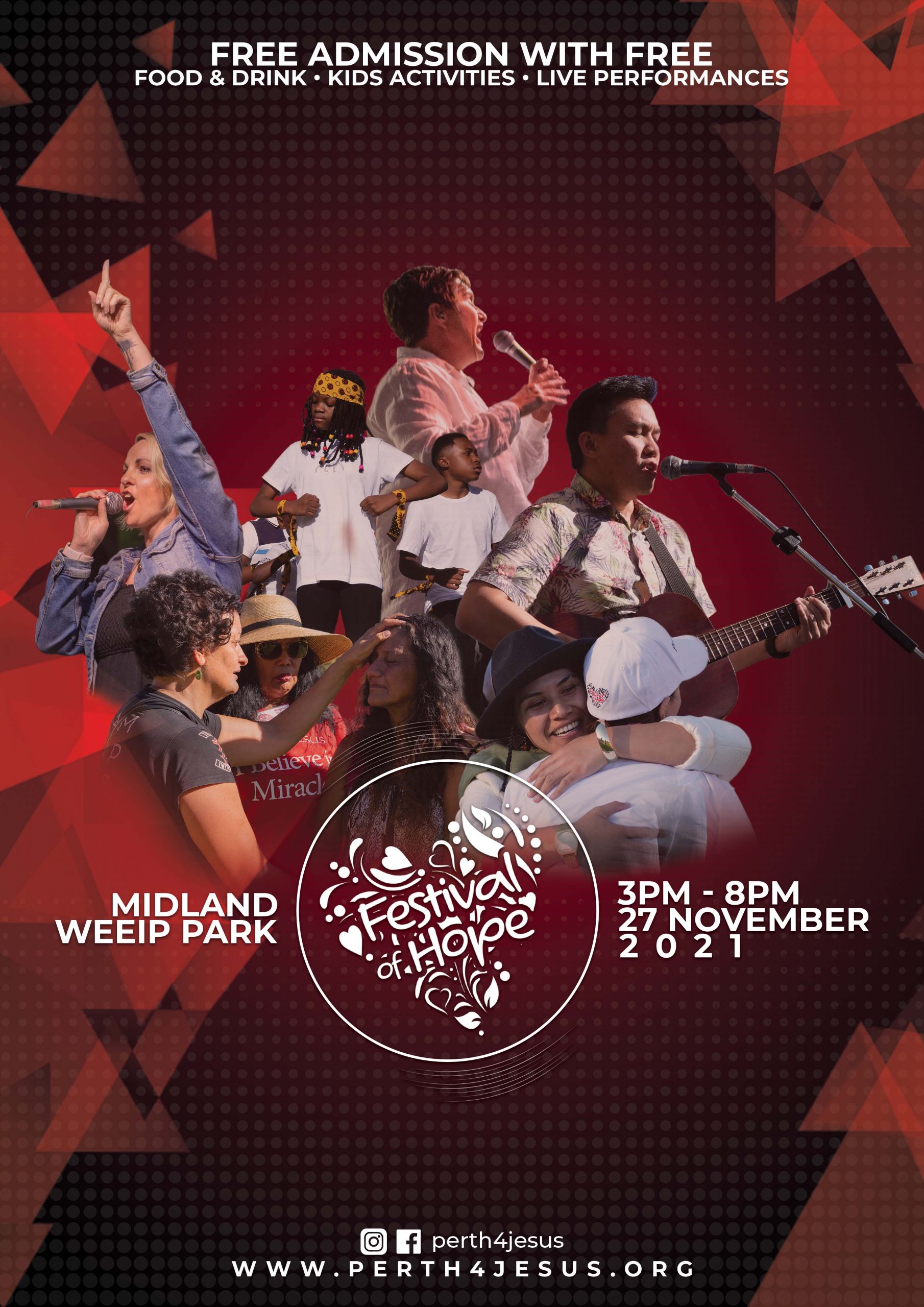